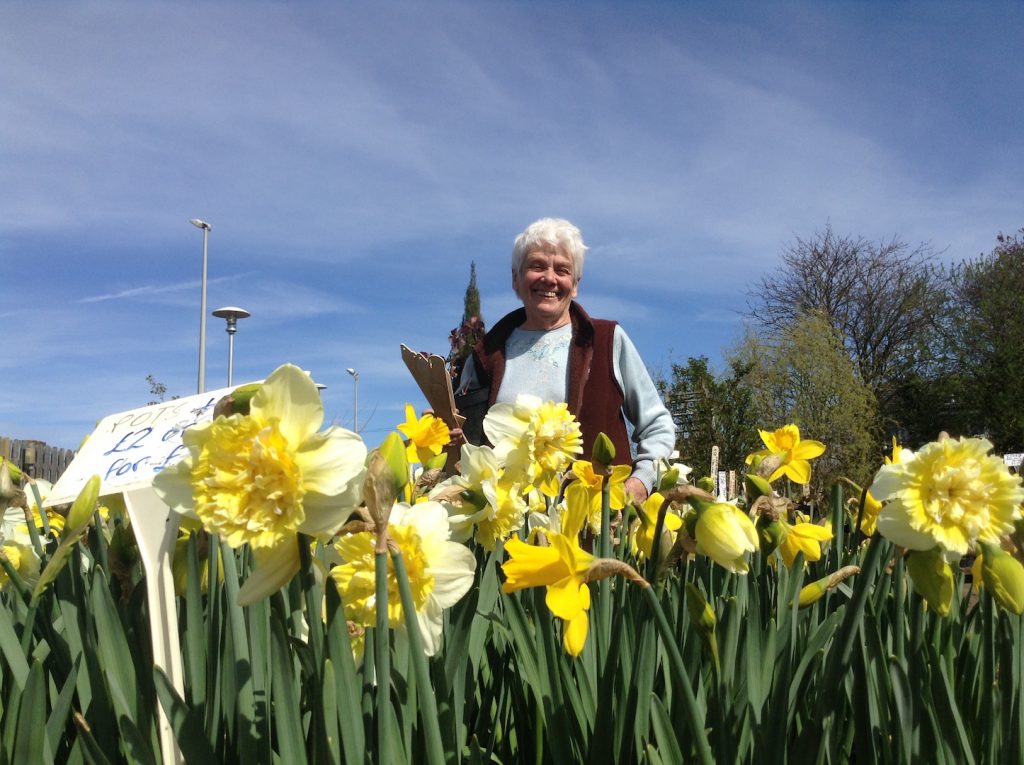 With 40 years experience as a social worker and 8 years of running her own wholesale and retail plant nursery, at the age of 67 Isobel Barnes was inspired to set up Waste Not Want Not – Nurturing Plants and People.

The project started with a marquee in her garden. She approached the Haven Homeless Hostel in Stevenage and The Living Room which is a centre for dealing with addictive behaviours and they began to send people to experience horticulture as a therapeutic tool, getting out in the fresh air, having companionship and friendship.

‘…it’s actually having a response. If you plant a seed generally speaking the seed comes up or the plant, if you divide it – it comes up. So, it’s a response to your effort. A lot of people can put a phenomenal effort into life and not receive the result. …it’s growing things, it’s basically having companionship, having support having a loving, friendly, warm environment where people can feel accepted and express themselves and do things. I love plants and I love people. If you are passionate about something and you find other people to share that passion with or to introduce them to that passion then that’s very good.’  (Isobel Barnes 2015)

Since 2008, Waste Not Want Not – Nurturing Plants and People has grown and now proudly runs 2 sites, The Learning Garden at the Hatfield Galleria and The Roebuck (B197 Stevenage Road). Over 600 volunteers have worked on the project since it began including referrals from North Herts College, YMCA, Ingeus, Mid Point, Westminster Drug project, Bedford Prison, the Integrated Offender Management Project plus numerous self-referrals. Working alongside people from the local community who have an interest, enthusiasm and knowledge in horticulture and a desire to give something back, Waste Not Want Not continues to grow, helping people rebuild their lives.

‘It’s just seeing people happy, hearing the laughter. Sharing some of the things that they don’t share with many people and feeling better for it, then extending the people that they share it with and feeling supported – and seeing the plants grow, going off and selling them – it’s just amazing.’ (Isobel Barnes 2015)

Drop us an email if you would like to order for free delivery - office@wastenotwantnot.org.uk Dismiss